The ISO member for China, SAC, has pledged to make International Standards a central part of its approach towards carbon net-zero. 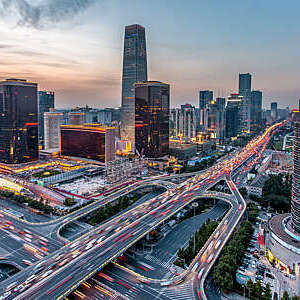 In the struggle against the grim reality of climate change, few countries are under greater pressure than China to get it right. Fewer still face the same degree of complexity in meeting the net-zero challenge.

Headline-grabbing commitments are easily made by less populous or further developed countries, but China faces a unique set of issues. These include maintaining the pace of economic development at the same time as ensuring that the accompanying improvements in quality of life are spread in a balanced and adequate way across the lives of the 1.4 billion people who live there.

Balancing environmental protection with ongoing development is a tough puzzle to solve, and may even seem contradictory. But at the heart of it is a recognition that failure to implement change will have a catastrophic impact that could wipe out the advances of the last decades. In other words, taking climate action is a key element in improving quality of life, agricultural production, food security and livelihoods.

It’s one reason why China has long pursued a thorough and independent series of climate measures, at the same time as its active participation in global initiatives such as the Paris Agreement. In 2020, President Xi announced that China would achieve carbon net-zero in 2060, passing the peak of its emissions in 2030. As one of the world’s manufacturing hubs, China is a major exporter of consumer goods, as well as steel and agricultural products. The country will have to implement a tough set of measures to transform these industries and stay on track to its 2060 target.

As signatories to the London Declaration, a landmark agreement reached at the 2021 ISO General Assembly, China is putting standards at the centre of that endeavour, developing a consistent approach to tackling emissions, improving efficiency and measuring progress across a vast and varied country.

Dr Tian Shihong from SAC reiterated that the Declaration is an important way to move from intention to practical action.

SAC is willing to work together with all ISO members in the development of relevant International Standards to combat climate change, promote the effective implementation of the London Declaration, and achieve the goals of the Paris Agreement and the UN SDGs.

Find out more about ISO members and other organizations that have given their support for the London Declaration, and how standards can help us achieve a more sustainable world.